Looking for world music and stories?
Interesting artistic workshop?
Idea for your festival, encounter, event?
Activities for children?
You are in a right place. 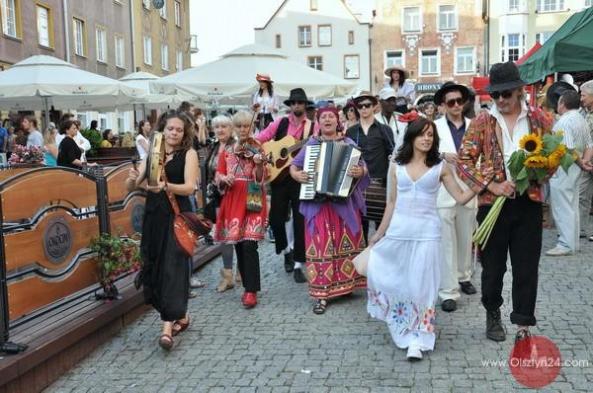 WHO AM I?
I’m a musician, storyteller, trainer, anthropologist of culture and cross-cultural wanderer with almost two decades of experience. I specialize in cultural diversity and I work to express my enchantment, appreciation and respect towards it. My interest lies in the folk and ethnic music from various parts of Europe, mediaeval music, archaic musical traditions of singing and dancing, and in storytelling. I perform early and ethnic music, I teach traditional dances and archaic chant (from Poland and other European countries), organize dance feasts and also tell stories – traditional fairy tales, real and invented stories, for children and for adults.
More about me: HERE

PARPARUSZA is my personal artistic „enterprise”. I call it „agency and no agency”. An agency – because I create and offer to people different kinds of artistic and educational events – some of my own and some of my friends. A no-agency – because I don’t charge for those of my friends. I just want to connect people and spread around worthy things.
Together with my companions we travel all around the country and Europe – both performing and looking for wonders, and we form different bands:

WHAT DO WE OFFER?

STORYTELLING EVENTS – in Polish, Spanish and English (or translated) all with a lot of live music:

– Stories from a Gypsy Hut – stories by and about Gypsies
– Sun and Salt – lyrical and somnabulical journey to the unknown Andalusia
– A Cup for Pouring Dreams – based on „Dictionary of Khazars” by Milorad Pavić
– An Inn on Ice – stories from the bottom of the Baltic sea
– A Herb that Opens All Gates – about herbs, plant, ancient goddesses, and about what we really, really need.

WORKSHOPS on voice opening and archaic ways of singing, ethnic songs of Poland, Ukraine, Serbia and Bulgaria, flamenco chant, medieval songs or gregorian chant; workshops on traditional Polish, Hungarian, Moldavian and Balkanian dances and songs for the dancing and the dancing to songs (in different traditions).

For anything you find here or you would like to ask – please, do not hesitate to contat us
(preferably in English, Spanish, Italian, Ukrainian or Russian)

lliwiau'r gwynt - colours of the wind

Notes on a Spanish Valley

Empowering and Inspiring people to be fully authentic, loving, happy, peaceful and joyful in their lives.